Call Georgia Renew Clinic to schedule a consultation today. Our patients often see relief from feelings of depression after the first treatment.  Call 678.769.7008.

When you’re depressed, you want one thing- relief. That’s all. Everyone simply wants to feel better. But, that’s not how treatment for depression typically goes.

It’s usually far more frustrating than that. And, it can take months and months before you start to see your symptoms begin to alleviate.

We’d like to suggest that there’s a better way.

You know the usual path for people that struggle with depression. It’s a well-worn path that often has mixed results at best.

People who experience symptoms of depression usually start their journey to recovery by going to see the doctor. Usually, they end up seeing a psychiatrist at some point. Since most psychiatrists don’t do therapy anymore, they prescribe antidepressant medications. They might prescribe an anti-anxiety medication as well or a drug that addresses both depression and anxiety since they often go hand in hand.

Then, there’s the ramp-up period.

This is the time it takes for the medication to reach a therapeutic dose. In laymen’s terms, it means that the medication you are taking often takes weeks before it will begin to be effective. In the meantime, you’re still wrestling every day with depression.

With antidepressant medications like Prozac, it can take 6-8 weeks for the drug to reach a therapeutic level. If you see your psychiatrist monthly, this means that you’ve already seen your doctor twice without any relief.

If you still feel the same, he or she might increase your dosage and set next month’s appointment, so that’s another month of no relief.

By the way, one of the negative side effects of Prozac is an increase in suicidal thoughts- not great for someone who’s already feeling depressed. Now, there are newer and more improved antidepressant medications since Prozac came on the market.

During all this, the cycle continues- you take your medication as prescribed and you may or may not start to feel any better before next month’s visit where your doctor will increase the dose or even change medications entirely and start the process over.

On and on it goes with little relief and then, there are all the side effects to top it off.

Clearly, traditional treatment for depression has made progress, but there is still a long way to go.

While this process can work wonders for some, other people can get stuck on this cycle for years and go through countless drug trials to see which combination may or may not work with your personal chemistry.

Eventually, there comes a point, where an individual who has suffered through multiple drug trials is told that he or she has “treatment-resistant” depression. At that point, that person may be given the recommendation for ECT (Electroconvulsive therapy). It’s where the patient receives a brief electrical stimulation of the brain while under general anesthesia.

There’s got to be a better way. 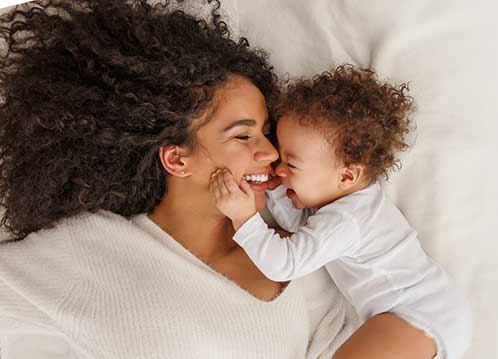 It’s no secret that effective treatment for depression requires a multifaceted approach, but many of the things we know that work require the energy to do them- energy that is completely zapped when you’re depressed.

What if there was something that could begin to provide symptom relief to give that depressed person what they need to establish a depression recovery plan?

That’s where ketamine treatments can help.

Many of our patients begin to experience an alleviation of depression symptoms after their first few treatments. This helps them put a plan in place to establish their recovery.

Ketamine infusions are simple, affordable and most importantly, can bring relief to people who have been on the wheel of hope and despair from traditional treatment methods for depression.

To recover from depression, it’s important to build a recovery program. While we live in a world where everyone wants instant gratification, most people turn toward medications to feel better from depression despite the studies that repeatedly show that medication plus cognitive behavioral therapy often yield the best results for depression treatment.

Here are some other things to consider when planning depression recovery:

Depression counseling is often focused on the present thoughts, feelings, and behaviors that are affecting one’s life currently. The therapist can help change negative thinking habits which may be making symptoms worse- this type of treatment typically leads to goal-oriented outcomes with an active patient role.

The connection between diet and depression is more complex than it seems, but there’s no doubt that a poor nutritional status can affect your mood and health in general. The best way for people with chronic illnesses like depression to get better may be by making sure they have all the necessary vitamins and minerals in one place — this means eating healthy foods.

There is a physiological link between depression and exercise, and it’s been well demonstrated that working out can ease the depressive symptoms. It may also help keep your mood from deteriorating once you start feeling better in order to prevent a return visit with these disruptive emotions or behavior patterns associated with it.

To recover from depression, it’s important to build a recovery program. While we live in a world where everyone wants instant gratification, most people turn toward medications to feel better from depression despite the studies that repeatedly show that medication plus cognitive behavioral therapy often yield the best results for depression treatment.

Here are some other things to consider when planning depression recovery:

There are many different types of antidepressants available for prescription use. No single drug works best in every situation, and the right medication depends on your symptoms as well as your individual needs. Antidepressants are often the first drug taken for depression and work for some people, but not all. The length of time that an antidepressant stays in the body also changes depending on which one is chosen; some last about 36 hours while others can stay there up until several days after taking them.

Ketamine infusions may be the answer for those who have been resistant to other forms of treatments, like counseling or medications. Research shows patients who were suffering from treatment-resistant depression experienced relief shortly after their first infusion even if it took months or years before finding something that worked well enough on an ongoing basis. Sometimes these people have tried several types only for them to feel better temporarily but then progressed back into having worse symptoms again without any improvement in sight.

A New Hope For Depression

Even though Ketamine was invented over 50 years ago now, it’s only been recently that the medical community has been more receptive to all the possibilities this drug can bring to not only treating depression, but chronic pain as well as other conditions.

The data clearly shoes that Ketamine infusions are safe, effective and have almost no side effects. This makes it an attractive treatment alternative to the months or years of struggle that many people experience when dealing with routine antidepressant regiments.

Call today and talk to one of our trained medical staff about this exciting opportunity for people suffering from severe depression as well as their loved ones. Finally, there is hope.

Relief Can Be Just A Phone Call Away

Located in Gainesville, we have patients coming to see us from all around Atlanta including Suwanee, Johns Creek, Alpharetta, Braselton, and more. Call Georgia Renew Clinic today and schedule your free phone consultation. Get relief today from depression or chronic pain with ketamine.

Call us to discuss if ketamine infusion therapy is right for you. If so, we'll book an appointment.

We'll begin with a full consultation and discuss your needs and various protocols.

Imagine your life without depression or pain. It can become a reality!